What is the Fastest Tattoo Removal Available?

Conventional tattoo removal relies heavily on a type of photo-thermal energy to target the pigment of the tattoo and surrounding skin. While it can successfully remove a tattoo, treatments need to be spaced from six weeks to two months apart, and it may take anything from 15-30 treatments to fully remove a tattoo. On top of this, it was not always effective on certain inks such as greens and blues.

The newer PicoSure/PicoWay tattoo removal lasers use photo-mechanical principles as opposed to photo-thermal alone, combined with ultra-short pulses, called pico-seconds (one trillionth of a second) to shatter the ink into minute particles which your body then eliminates itself. This powerful process means the whole tattoo can be erased in as little as 4-10 treatments. Requiring less heat and less energy means that the surrounding tissue is left unharmed and the space between treatment can be much shorter too. it is also effective on all colours, including those greens and blues! 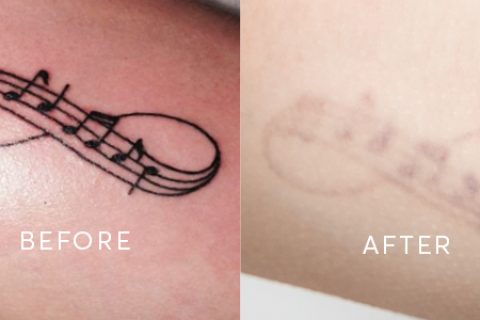 Laser Tattoo Removal using PicoWay and PicoSure lasers is a safe and effective method for targetting body ink. Unlike other methods available, tattoo removal is a non-invasive treatment that targets only the ink of your unwanted… 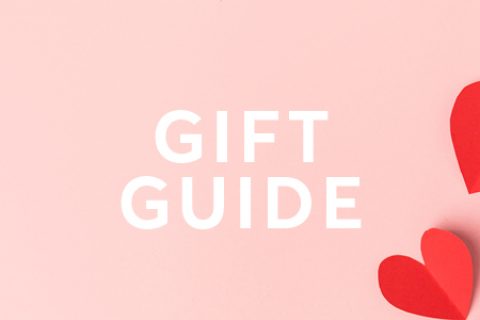 With lockdown still in place for London at least until February 15th, Valentine’s day is going to look a little unconventional for many this year. The team at Pulse Light Clinic thought they would round up… 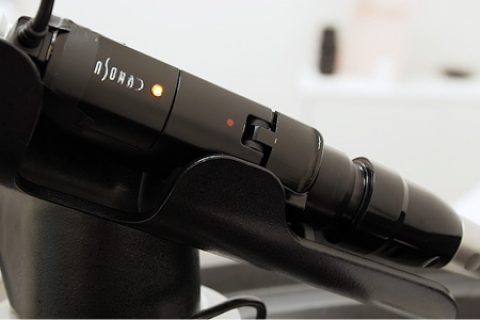 The Rise In Laser Tattoo Removal

Since returning to the clinic from lockdown we have a lot of enquiries from clients that had started the process of getting their tattoos before lockdown. The increase in clients are mainly the ones that have… 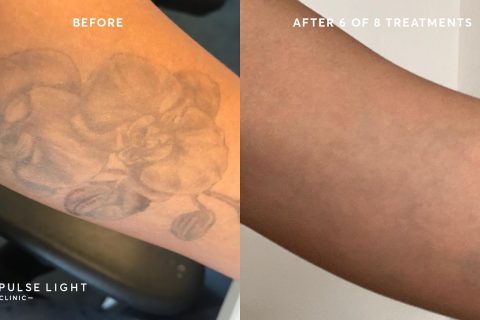 April Karr is a client at Pulse Light Clinic and shares her tattoo removal review and journey. Why are you getting Laser Tattoo Removal? “I got my tattoos about six or seven years ago in my… 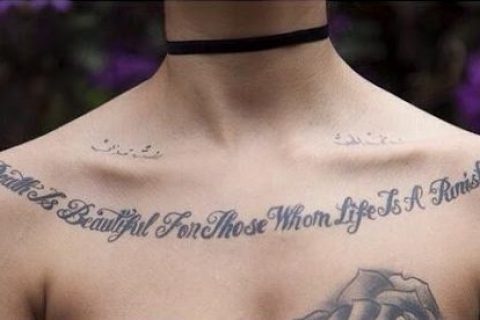 ’Removing my tattoos has been a part of accepting myself’ since ‘honour killing’ of Banaz Mahmod.  New true-crime drama ‘Honour’ victim Banaz Mahmod’s sister tells her story after her sisters death. The sister of a woman… 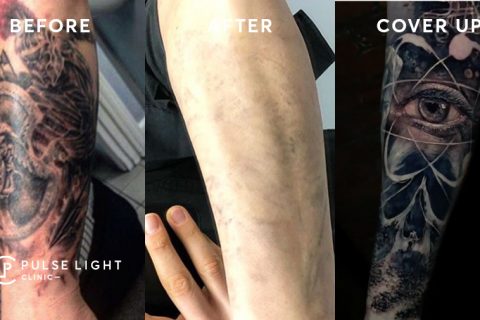 Getting my tattoo removed

‘Getting my tattoo removed, turned my life from negative to positive.’ Ali Kilinicbay, who is one our clients at Pulse Light Clinic London explains how getting his tattoo removed gave him a new outlook on life…

Pulse Light Clinic is proud to introduce our latest video, ‘ After one PicoSure laser treatment. For more information about our PicoSure treatments, please click on this page

PicoSure is the world’s first and only picosecond laser for multiple aesthetic treatment applications. This unparalleled breakthrough in laser technology delivers ultra-short bursts of energy to the skin in trillionths of a second, enabling unmatched photomechanical…